Manfred
June 2015 in Stamps and Postal History
I just uploaded a new cover. According to Philip Cockrill the PAQUEBOT
postmark is quite rare; he gives it two out of three 'R's.
Unfortunately, the seapost cancel is unreadable, but apparently the
sender didn't like that either. He asked the purser to cancel another
stamp for him, which he then put inside the envelope. I wish all people
were so considerate... 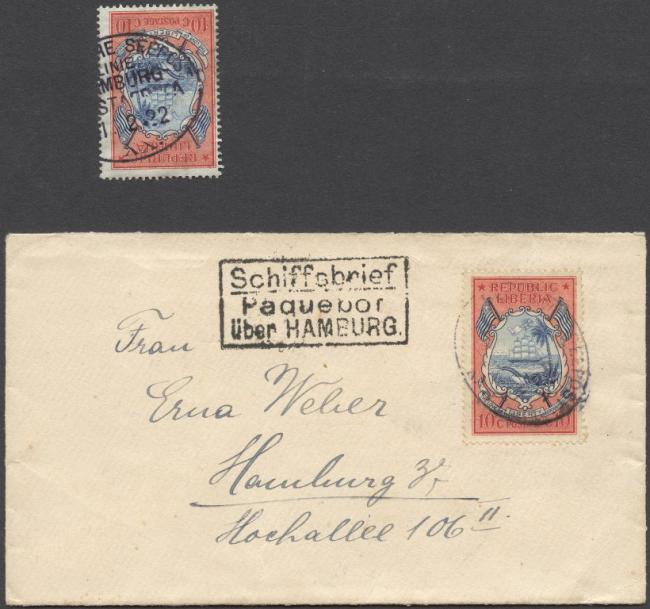